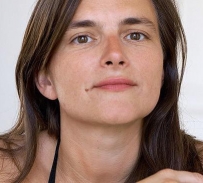 Barbara Albert was born in 1970 in Vienna. She studied theatre science, German philology and journalism, in 1991 she started to study screenwriting and direction at the Vienna Film Academy. After she worked as 1st AD and after her international successful short film, her first feature film Northern Skirts followed (Biennale di Venezia, 1999). As a writer she has worked together with the writer/directors Jasmila Zbanic, Andrea Staka, Michael Glawogger and Ruth Mader.

In 1999 she founded the production company "coop99" together with Martin Gschlacht, Jessica Hausner and Antonin Svoboda. She worked as producer on Grbavica, Darwin's Nightmare, SLEEPER, LOVELY RITA.

In addition to this she has been (and still is) guest teacher and lecturer at several institutions in Austria and Germany (Vienna Film Academy, Cologne International Film School, Karlsruhe Art History Museum, St. Pölten Film School).

State of the Nation: Austria in Six Chapters

The Dead and the Living