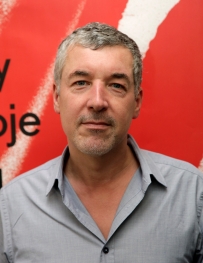 Ed Moschitz was born in Judenburg, Austria in 1968. Currently he is living at Vienna with his family and is teaching Journalism at Danube University Krems. Also, he is actively working as a reporter and a journalist for a documentary program at an Austrian broadcasting Corporation. He received many awards from in and out of Austria.