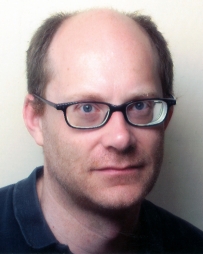 Born in Salzburg, Austria in 1960. He studied art history, later at the Vienna Film Academy, where he made his first documentary, WEN DIE GÖTTER LIEBEN. In addition, he has been involved in various art projects and
was co-organiser of the 'Art and Concepts of Art' lecture series. He edited the publication 'Schicht für Schicht – Gesichter der Voest' (2003). Johannes Holzhausen has also worked as a script consultant on numerous featurelength documentaries.