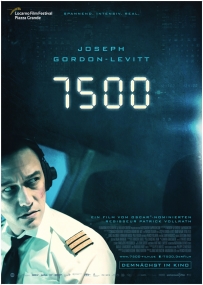 The number combination 7500 is the international air travel emergency code for a plane hijacking.

It’s business as usual in the cockpit of an Airbus A319 before its flight from Berlin to Paris. Co-pilot Tobias Ellis (Joseph Gordon-Levitt) expertly goes through the routine flight preparations. The take-off is smooth.

Suddenly, screams can be heard from the cabin. A group of men, including 18-year-old Vedat (Omid Memar), try to force their way into the cockpit.

A fight between crew and terrorists ensues, and a psychological struggle between saving individual lives and preventing even greater harm is under way. The cockpit door becomes a battle zone and Tobias finds himself in the position of having to decide between life and death.