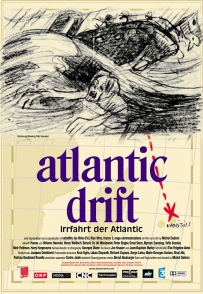 There were several thousand of them, refugees gathered in Vienna and Bratislava, on the lookout for the few boats that would save them. Among them, Ruth, a young girl of 17, writes in her diary about her journey across the Atlantic aboard the last transport to leave Nazi Germany during the war: the Atlantic.

2000 Jewish refugees were packed aboard the Atlantic and drifted for three months across the Black Sea and the Mediterranean, hoping to reach Palestine. They were not only plagued by sickness, hunger and death, but also by the British Navy which, instead of helping them, organized their deportation to Mauritius. One ex-refugee, Hannah, returns to the prison where she was detained for five years. Her son, who accompanies her, finds it hard to understand why his father is buried in one of the 124 Jewish graves overlooking the Indian Ocean.