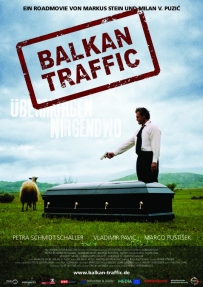 Balkan Traffic. The day after tomorrow is nowhere

During an attempt to convict a gang of criminals the young and ambitious Berlin policewoman Ulla by chance clashes with the Bosnian Feti and the Serb Zoki and has to hide in a coffin. What she doesn`t know is that their business is smuggling corpses back to their homeland. What Feti and Zoki don`t know is that their freight will turn out to be very alive. The three of them set out on a journey through South-Eastern Europe that will not only advance them geographically...