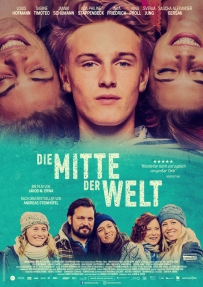 Centre Of My World

When Phil returns home after the summer, his mother and his twin sister are no longer on speaking terms. Phil wants to unlock the secret, but he feels compelled to tread lightly. Surrounded by a strong-willed mother and his withdrawn sister, Phil tries to find his place in life while experiencing his sexual awakening with the quite mysterious Nicholas. But he doesn't find the clarity he's looking for and has to learn that it's better to face the truth than to live a life filled with uncertainty.