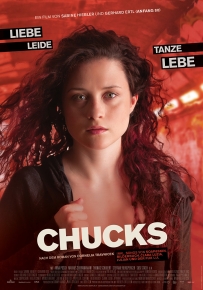 Mae quit school and ran away from home. After her brother's death her family is broken. Only his red Chucks remain. Mae has to start working in a social institution where she meets Paul. He is funny, sensitive, takes Mae as she is - and he is terminally ill. In a book named Chucks Mae writes down her own story about growing up between life and death: wild, tender and absolutely honest.