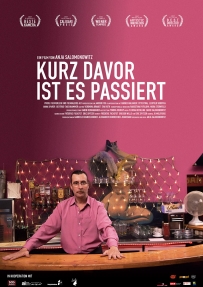 It Happened Just Before

"It happened just before" is an artistic confrontation with the global phenomenon of trafficking in women. Anja Salomonowitz has chosen an unusual approach to the theme: her film is based on real narratives by women who were the objects of trafficking which were then re-worked into a documentary screenplay by the director. The stories are not retold by actresses but by people who have a direct relationship to events and places in the film: a customs officers, a village inhabitant, a bar-keeper in a bordello, a woman diplomat and a taxi driver. A film about false promises, exploitation and disappointment.