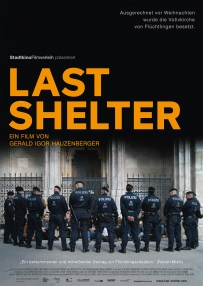 50 Afghani and Pakistani refugees occupied one of the biggest churches in Vienna to protest against negative decisions in their asylum applications. This would send them back to a region where the Taliban kill people every day and US drones fly. Detention and deportation split them up again during the following months. Now only twelve of them left over. Desperately they are looking for new shelters and fighting for a improvement of the EU asylum system.