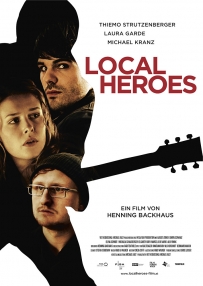 Thomas, late 20s, has now outlived his idol Kurt Cobain. In a frenzied burst of energy he throws himself into another band contest, again hoping it will herald the big breakthrough. Despite affairs and alcoholic excesses he makes it through to the final round. But a stroke of fate changes everything.