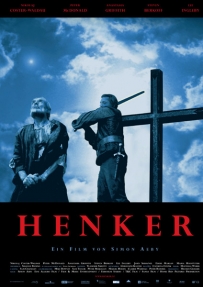 Shadow of the Sword

At the end of the middle age, on the threshold of the new time, two friends turn out to be at the mercy of the powerful church. Georg, the prior, tries to withstand the pressure of the church. However, his best friend Martin, the executioner, becomes a rebel jeopardizing his existence, his life and the life of his family to protect innocent from the diabolic machinery of the inquisition. The friends become deadly enemies.