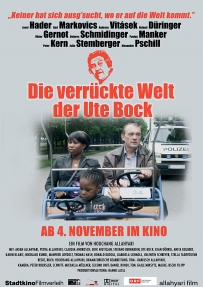 The Crazy World of Ute Bock

The film is about Ute Bock and her small NGO providing accommodation for homeless refugees in Austria. Ute Bock, an elder woman has to care about a Problem, the state is ignoring. Thousands of people, who fled countries like Chechnya, Armenia, Afghanistan or African countries, have no place to stay, families with small children have to spend the nights in the streets, harassed by the Police and confronted with racism. The work of Ute Bock and the stories of police officers, lawyers and refugees make the Story of the movie.