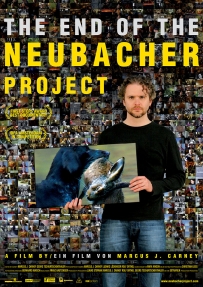 The End of the Neubacher Project

THE END OF THE NEUBACHER PROJECT tells the story of filmmaker Marcus J. Carney and his mother's family. At the outset all characters portrayed seem like mostly healthy, regularly neurotic members of an average family. The filmmaker tries to come to terms with the family's Nazi past, but step by step he encounters greater entanglements and deeper levels of denial. The main relationship in the film develops between the filmmaker and his mother, who is diagnosed with cancer during principal photography.