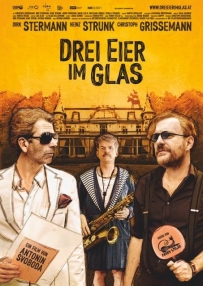 Three Eggs In A Glass

According to an African fairy tale, every child receives a song from their parents that they carry with them throughout their lives. Richard, an orphaned Tanzanian immigrant, has never had his own song. How he got one before his unexpected death and the significant, though unintended, roles played by the dark-tourism entrepreneur Drakuhl, the gray-haired hair model Barney and the heavy-drinking music teacher Kiesel won't be revealed here. Merely that the song Dead Man Play becomes an international hit.