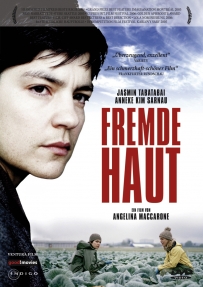 In order to survive in Germany, the Iranian refugee Fariba is forced take on the identity of a man. As Siamak she takes an illegal job in a sauerkraut factory, where she meets Anne, who is very solicitous about Siamak's well-being and derives some kind of pleasure from the strange foreigner. While spending more and more time together, they become dangerously close and Anne begins to suspect Fariba's true identity.