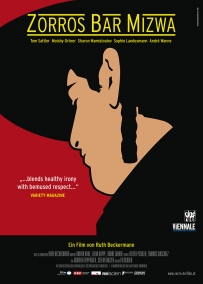 At the Wailing Wall or in the spotlight of a stage, wearing a Zorro costume or a designer dress, solemn or rollicking: crossing the threshold to the adult world can take place in very different ways. This film accompanies four 12-year-olds - Sharon, Tom, Moishy, and Sophie - as they prepare for their bar or bat mitzvot. It takes a critical and ironic look at Jewish tradition and its interpretations, questions the significance of initiation rituals, and attempts to explore the diffuse terrain of adolescence.